skip to main | skip to sidebar

Here's the crazy mate pattern from my game last night. I completely overlooked that it was a checkmate. (I suck at chess) 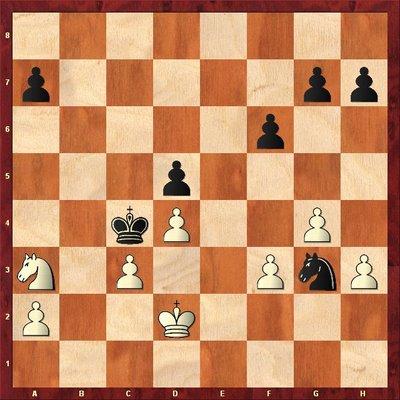 Posted by DreadPirateJosh at 11:12 AM 12 comments:

I updateded to the new blogger but its not updating the feeds... hmmmmm.
Posted by DreadPirateJosh at 10:35 PM 6 comments:

Been a while. I'm still playing G/70 every Thursday in the club. I'm beating those lower than me and losing to those rated higher than me. The club has relatively few people that show up regularly and its a little disappointing. Also, if you're a member of a club you should seriously consider sending a thank you card to the TD and club officials because chess players are 1) Cheap and 2) insane. And this is based off a sample size of 11 people so I can imagine the kind of social misfits a larger club has.
(And no, I'm not saying all chess players are social misfits or insane... but I bet chess has a higher percentage than most hobbies. (I'm sure most of you out there would agree with me)
Posted by DreadPirateJosh at 7:50 AM 7 comments:

I lost another one last Thursday night at chess club against a 1600 player. Missed a simple little bishop fork that lost my knight for two pawns. In the ensuing engame it was B + 2 pawns vs 4 pawns and I lost it. He played well and I've yet to put it in Fritz but I bet you I had a good drawing chances.
In other news I finished out around 450 in the blogger tournament (out of 2200). With blinds at 100 /200 the person to my right raised to 1200 and short on chips I pushed all in with 10 10 (about 3000 more). Another person ended up going all in as well, never a good sign, and the original raiser called. So it was 10 10 against Q Q and A K (original raiser had AK). I didn't get lucky.
My World cup picks are doing okay, Ecuador suprised everyone. I took off work for the first US game and plan on doing it again this Thursday.
Posted by DreadPirateJosh at 9:26 AM 1 comment:

Just kidding about the f4 bit, but he does have some kick ass bumper stickers.
I lost my rated game against him last night (see his post here). I felt like I played okay, I was just outplayed. I've been having fun the past few weeks at chess club, one game a week 15 minutes from my house is a lot better than 3 games on a Sunday 125 miles from my house (one way). (Last weeks game, which I was going to post, was a draw... it was an exciting endgame for me but Fritz pretty much said the last dozen moves or so were equal so I didn't bother posting it (wouldn't be very exciting for anyone else).
After finishing Logical Chess last friday I've been kind of light on chess study, or playing. I haven't started any new games on chessworld.net in over 2 weeks and I don't think I will, it was taking up to much time and I was just blitzing the moves out anyway.
Even though I've slowed down on my chess study, "correspondence games," and even ICC games (0 games all week), over the board is different because its just more exciting. With that said, I plan on playing in some weekend swisses if they're semi close to my house (and don't have a friday night game... why would you have one game on Friday that starts at 8, that makes no sense).

E
Italy
UNITED STATES (haha, I have to go with them but Czech Republic will probably go through)

F
Brazil (they will NOT win it all, I don't care what you think)
Australia (tough choice, but I have high hopes)

G
Switzerland
France (I've heard some people say otherwise, but I think this is a solid pick)


NOTE: I know absolutely nothing about soccer excpet what I've learned by playing FIFA on my pc, but its fun to pretend.
Posted by DreadPirateJosh at 7:27 AM 3 comments:

Just heard about this, here's the required post (winner gets a trip to the WSOP main event, but there are other prizes, its free, you just need a blog two months old and to have a post about it):

I have registered to play in the PokerStars World Blogger Championship of Online Poker!

This Online Poker Tournament is a No Limit Texas Holdem event exclusive to Bloggers.

Posted by DreadPirateJosh at 7:58 PM No comments:

Here's one key moment in my game today. A moment that highlights my biggest chess problem (lack of a plan): 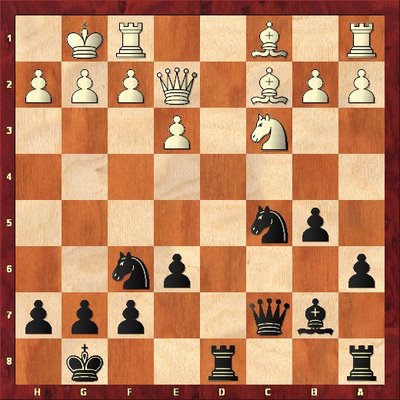 What would you play and why?

Posted by DreadPirateJosh at 2:54 PM 9 comments: